Despite its mundane title and mediocre literary value, this book has some brilliant ideas that could help any leader overcome some blind-spots in their leadership style. And every startup owner is a leader, even if the number of people working for his startup is 1.

The crux of the idea is to understand human psychology when we blame others, and to teach the “golden rule”. (Do to others what you would have them do to you.)

This book is written in a fictional setting, and is a very light read. I would recommend it to anyone, especially non-readers who want to start off with a useful but easy book.

What is the philosophy of this book?

The foundational ideas in this book are:

– People respond not primarily to what you do but to how you’re being toward them. People have a very strong sixth-sense of gauging another person’s tone, body language and choice of words to know how they really feel (at least they know it at a subconscious level.) You cannot fake it. This is why personality techniques are ineffective in the long-run unless they are first founded on genuineness towards others.

Others can sense when they are being manipulated, even if we try to hide it beneath a veneer of niceness. They can sense if you think of them as people, or just as objects who could help you achieve your own objectives. No matter what we’re doing on the outside, people respond primarily to how we’re feeling about them on the inside.

– When we fail to treat others well, we get ‘in the box’. For example: while driving your car home if you have a desire to get the petrol filled in your car so that your partner doesn’t have to do it, but you ignore the desire because of laziness, you will get ‘in the box’ (self-betrayal, which leads to self-deception).

– When we are “in the box” we get defensive to hide our own guilt. We start to overestimate our own virtues and justify it by finding fault with others. We also inflate our own importance. In the above example, you could start to think “Oh, my wife will get the car tank filled. I have so much more work than her these days. She anyway never does this. She should do it. Why is she so lazy?” and so on and on. This is self-deception. This is a destructive self-reinforcing cycle to which the individual is blind.

– We are “in the box” when we feel we have to put up with people, when we see them as objects or problems rather than as people. In the box we are cut off, closed up, blind, unable to see that we are the ones who have the problem.

– When we are “in the box”  (self-deceived), we look for others who can justify our beliefs. These are the people who form our temporary allies. For example, a lazy employee could hide his guilt by blaming his lack of motivation on his boss. This employee might then look for allies in other people who enjoy blaming the boss or the company in general. This is a big cause of negativity within companies. – When we are “in the box”, we blame others to subconsciously hide our own faults. People whom we blame resent this, and they themselves tend to get “in the box”. This is why self-deception is contagious in organizations.

– In the box you cannot focus on results. Your focus is on justifying yourself, and so your focus from the company/organization wanes down.

– When we are in the box we are blind to it. We can’t see how we are blaming others, not for their mistakes, but for ours.

– One gets out of the box when he sees people as people vs. objects. We see them as people just as real as ourselves, with their own preferences, desires and fears.
In the box, everything we think and feel is part of the lie of the box. The truth is, we change in the moment we cease resisting what is outside our box—others.” “We need to honour them as people.”

– You stay out of the box by doing for them what you feel like you should do. When you don’t do what you know you should, your brain will find an excuse to blame it on others. Here is another example: 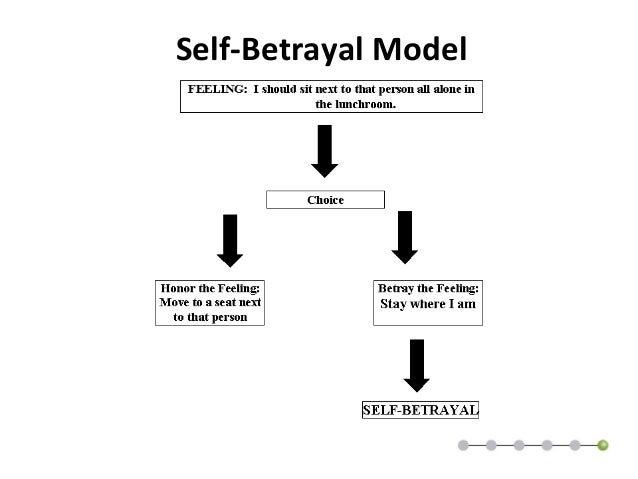 – Assuming that your feeling is “to do my best to help the company and the people within it achieve results,” then you have a choice to honour this feeling it or betray it.

– To get out of the box, we should do our best to help others succeed and achieve results, whether personally or professionally. The leaders people choose to follow are the leaders who are out of the box. They don’t play the blame-game because they have the courage to see their own flaws.

So, are you in or are you out of the box? Certainly both. We are always in the box with some people, while out of the box with others. To stay “out of the box” and not get caught up in the self-justifying blame game, we must honour our feelings towards treating others as people.